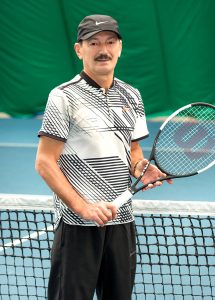 A native of Tulcea, Romania, Dumitru started his tennis career at the age of 8 and continued playing throughout his formative years; competing in both middle school and high school.  He became a tennis coach in Romania in 1996, the same year he won the biggest tournament in his state. He continued to dominate his hometown tournament until 2005, when Dumitru moved to the United States.

Dumitru has been a pro at Wessen since 2019. He is certified Bronze PTR Instructor since 2008 (Professional Tennis Registry.) Prior to joining the Wessen team, he was a coach at the Troy Racquet Club, in Troy, Michigan (2005-2019.)