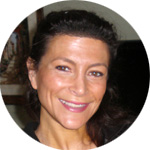 Nicole was one of the area’s top junior players during her career in Southeast Michigan. She qualified for all national events and her top achievement was winning a national doubles title with Amy Frazier, which earned them a USTA National Ranking of #1 for that year. That same season, Nicole received her highest singles ranking of #6 in the nation. Nicole also had an extremely successful high school career as a three-time singles State Champion for Lahser High School in Bloomfield Hills.  She went on to attend and graduate from the University of Michigan in Ann Arbor, where she received a BA in English in 1992.

Nicole has spent the majority of her teaching career in the Southeast Michigan area, having taught at the former Square Lake Racquet Club for ten years, then moving to the Sports Club of West Bloomfield where she has coached for the past 6 seasons. She also spent three years in New York, where she worked at several clubs including: Central Park Tennis Club, East River Racquet Club (Queens), and the New York Health & Racquet Club in Manhattan.